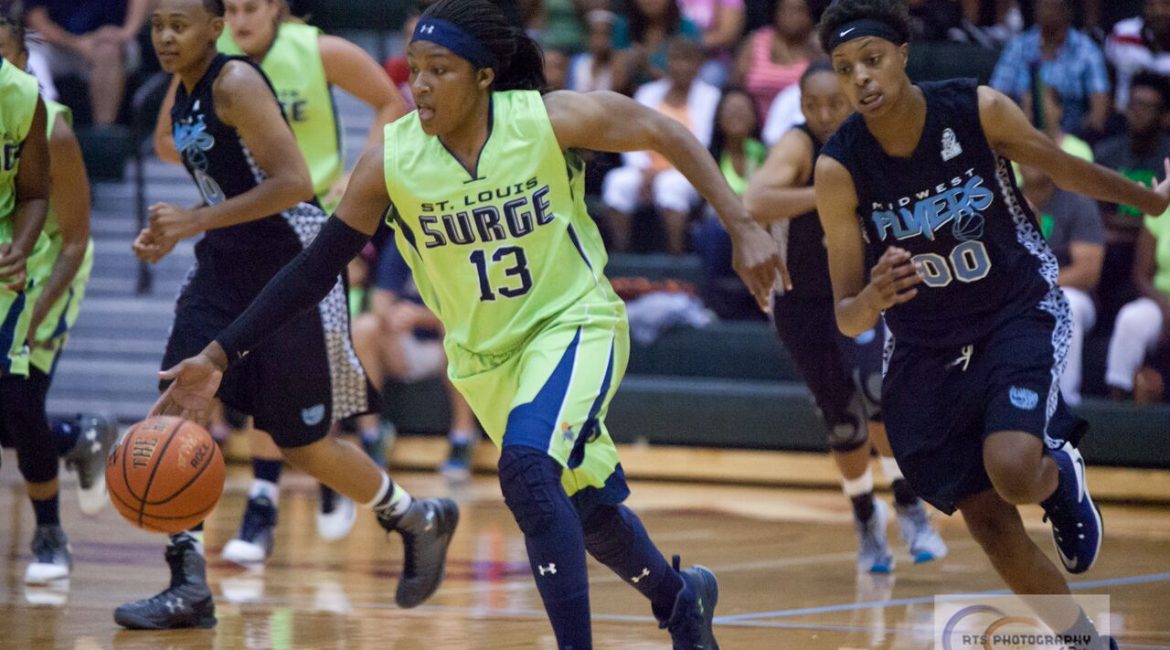 The Surge is the professional basketball team in St. Louis, Missouri,  playing all home games at the Washington University Field House Complex.

Revolutionizing the impact of sports in the community. We build the leaders of today and tomorrow while empowering men and women of all ages by serving as role models and mentors. Our philosophy of recruiting character first, without sacrificing talent, is one of the key factors for our continued success on and off the court.

In May 2011, the Surge finalized a new coaching structure under the new ownership of Khalia Collier, Owner and General Manager at the tender age of 23. It was at this time that Collier implemented the new model of the program, focusing on the character of the player first and talent second. It’s under this model that the Surge continues to build championship programs each year, attracting post-graduate players from diverse basketball backgrounds.