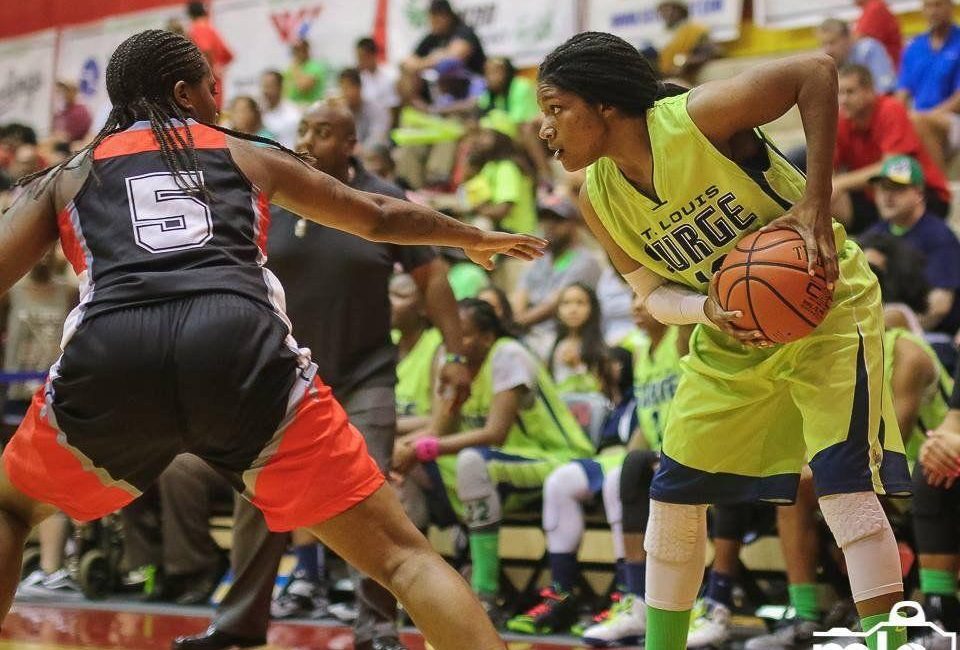 The St. Louis Surge opened their eighth season on the road with a 92-66 road loss to the Wisconsin Glo last month.

But Surge owner and general manager Khalia Collier viewed it as a positive.

“In both our championship seasons, we opened with losses,” she pointed out. “Not to make excuses, but we played that first game without three of our top players — Rebecca Harris, Kristi Bellock and Nici Gilday. The new players got a chance to see what basketball at this level was all about and I think that’s a positive, especially early in the season. Our practices since then have been good; our players realize just how competitive this level of basketball is.

“I’m anxious to see how they respond.”

The Surge, which won national titles in 2014 and 2016 and finished as national runners-up in 2015, 2017 and 2018, are facing some new challenges this summer as part of a new league — the Global Women’s Basketball Association (GBWA) — with a new coach, Duez Henderson and with a number of new players.

The GBWA has just five teams this year but is expected to expand to 10 for the 2020 campaign.

“The GWBA provides an opportunity to grow women’s basketball under a new umbrella and model,” Collier said. “The Surge will benefit by playing against the best players in the country and will attract international attention as the league continues to expand.”

Collier is excited about the addition of Henderson as head coach. He played at the University of Iowa and starred overseas before turning to coaching. He’s an assistant coach at Washington U., where his wife, Randi, is head coach.

“We’re extremely excited to have Duez,” Collier said. “He knows the game, he knows how to coach and he’s going to help bring out the best in our players.”

The Surge will be led veterans Harris and fellow guard Brittany Carter. Harris starred at Mascoutah High and went on to a solid career at the University of Illinois.

“Rebecca’s a special person; she’s our leader on and off the floor,” Collier said.