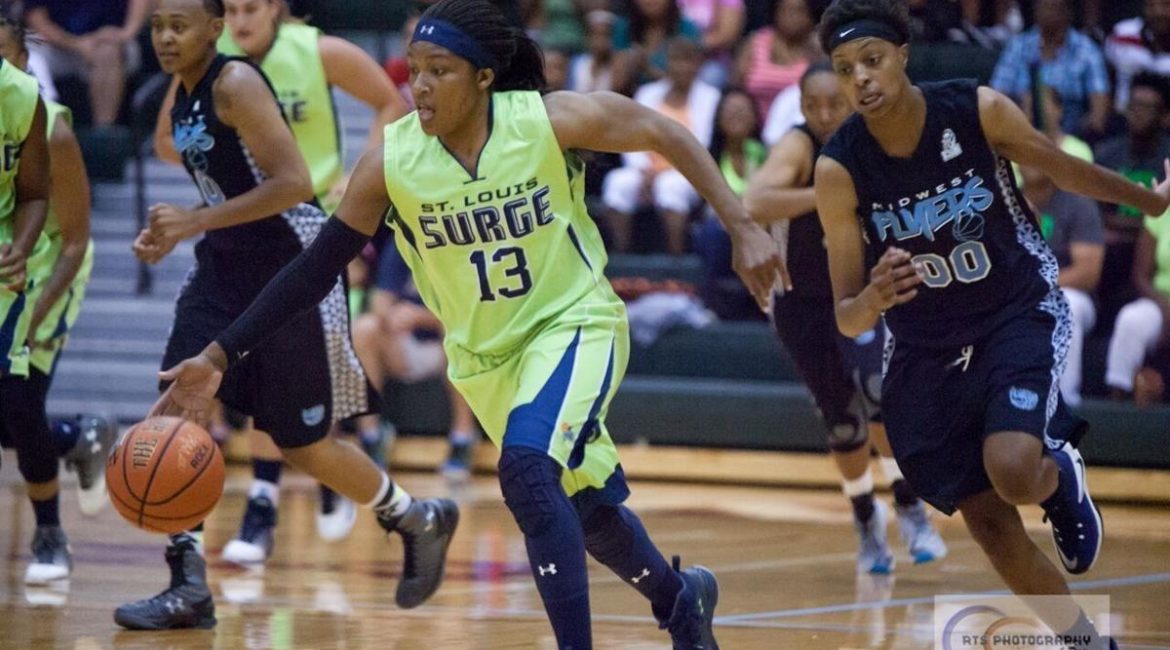 When asked who was more excited about the start of the Global Women’s Basketball Association season, St. Louis Surge head coach and general manager Duez Henderson paused a few seconds before answering.

“That’s a great question,” said Henderson, whose team kicks off its season Saturday with a 6:05 p.m. non-league game against the Oklahoma Outlaws at Fontbonne University. “As someone who’s been on both ends, I’d have to say the players are the ones who can’t wait for tomorrow. Some of them haven’t played since our last game 15 months ago, so to be able to walk into that gym knowing it’s a game day and knowing that the fans have come out to support us, there’s no question it’ll be a special experience for them.”

And, make no mistake, a special experience for Henderson as well.

A Detroit native, Henderson played four years at the University of Iowa, where he helped the Hawkeyes to a pair of NCAA Tournament berths, including one Sweet 16 appearance, and to the 2001 Big Ten Tournament championship. A Hawkeye captain as a senior, Henderson played six years of professional basketball in Germany, where he was a top scorer and rebounder. He spent one season as a head coach there.

Henderson has worked extensively as a basketball trainer and is also a fulltime assistant women’s coach at Washington University, where his wife, Randi, serves as head coach. Randi also starred at Iowa.

“In college, we probably didn’t say two words to each other,” Duez pointed out. The couple has two young children, Harper and Ezekiel.

Henderson was looking forward to the 2020 GWBA season when COVID shut down the sports world.

“The pandemic was a struggle for a lot of people, but we tried to use that time to tighten our infrastructure and make sure that we were ready to hit the ground running when things started to open up again,” said Henderson, who’s worked closely with Surge owner Khalia Collier.

Under Collier’s direction, the Surge have won five regional championships and a pair of national titles. But the GWBA owner is wearing several hats these days; in addition to running a basketball organization, she serves as Vice President of Community Relations for St. Louis City SC, which will begin play in Major League Soccer in 2023.

“I’ve always had a great relationship with the Taylors and in particular with (St. Louis City SC CEO Carolyn Kindle Betz),” Collier said. “We knew we wanted to work together and this made sense. It was an opportunity I couldn’t pass up, a dream job to be a part of a franchise in the city I love.

“At the same time, I’m extremely excited to have the Surge back in action. I cannot wait until Saturday when I’ll have a chance to watch some basketball and mingle with our great fans.”

Collier said that due to COVID restrictions Saturday’s game is already sold out. But she’s hopeful that attendance numbers at Fontbonne can be increased as the season progresses.

On the court, the Surge feature an interesting mix of returning standout players and gifted newcomers. Leading the way will be reigning GWBA MVP Rebecca Harris, who starred at Mascoutah High and the University of Illinois. In 2019, she averaged 18 points, 6.7 assists, and five rebounds while shooting 47 percent from the field and 48.7 percent from beyond the 3-point line.

“Rebecca does so many things well; she’s a player who can dominate at this level,” Henderson said. “But with the group we’ve assembled around her, hopefully we’ve lessened the pressure she feels to carry that load all the time.”

“There’s a lot of talent here and I’m excited to see how things come together for us,” said Henderson, who’ll be assisted by Steve Allen. “We’re long and we’re dynamic. We’re a team that plays fast and that likes to get up and down the floor. Also, because of our talent and size, we’re a team that has the ability to create matchup problems for our opponents.”

(Home games in CAPS and played at Fontbonne University.)

The Global Women’s Basketball Association will hold its playoffs August 13-15 in St. Louis.